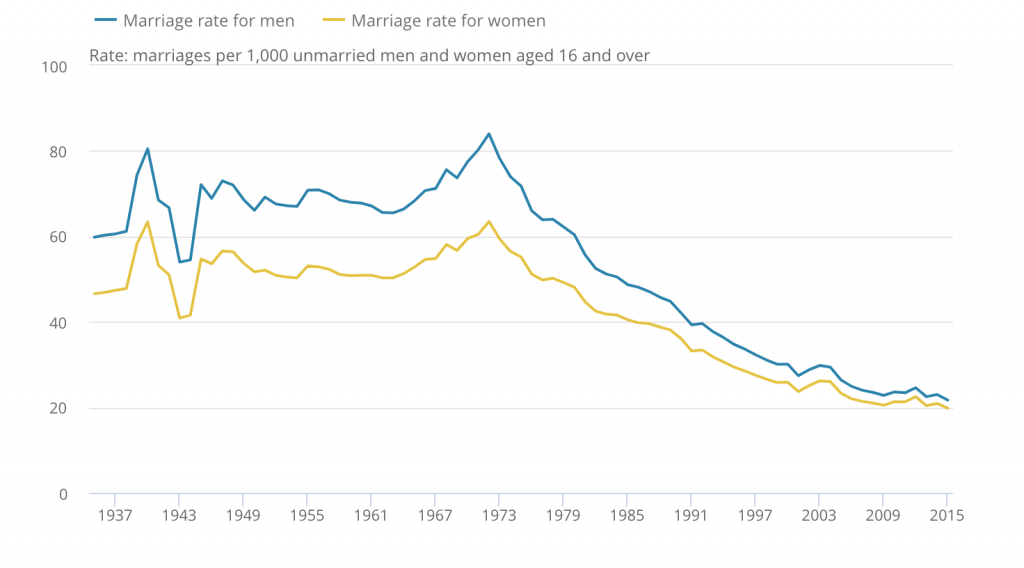 As the graph shows, marriage has been drifting out of fashion for close to 50 years. There are now over 3.3 million unmarried couples in the UK, of which nearly half have children.

In spite of this major social change, governments have largely maintained sharp legislative distinctions between the married and unmarried. When they have conflated the two, it is usually to swell the Exchequer’s coffers, for example when applying the high income child benefit charge to unmarried couples with children.

This approach is starting to be challenged in the courts:

If you are one of the 3.3 million unmarried couples, these decisions serve as a reminder that your status is very different from that of a married couple. Given the DWP’s stance, you could need more life and health protection than if you were married.

You will also potentially require a different approach to estate planning, as transfers on death to your partner, such as your interest in the family home, will not benefit from the inter-spouse inheritance tax exemption.

If you would like advice on how to plan for your family, please get in touch.

The Financial Conduct Authority does not regulate tax or trust advice and some forms of estate planning.

Is a flat rate scheme coming to pension…

The prospect of a flat rate…

Making pensions simple and fun can…

A European Court decision from 1990…