READ MORE
Back to Insights
12 September 2019

A recent report looking at who pays the most income tax reveals some interesting findings.

The Institute for Fiscal Studies (IFS) published a briefing note in early August with a detailed answer to the question of what it takes to enter the 1% club. Around 310,000 people make up this cohort, with some predictable and not so predictable traits: 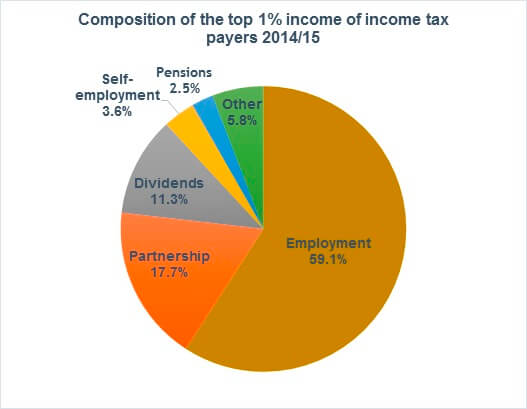 However, being a member of the 1% taxpayers club also means accounting for 27% of all income tax collected by HMRC. So failing to qualify may reflect some careful and expert financial planning.

The value of tax reliefs depends on your individual circumstances. Tax laws can change. The Financial Conduct Authority does not regulate tax advice.

The arrival of the new tax…

The Chancellor’s Spring Statement was almost…

Could your protected pension allowance tip over the…

An obscure adjustment to old pension…