As people are living longer, a parallel older-age profile is emerging in the labour force. 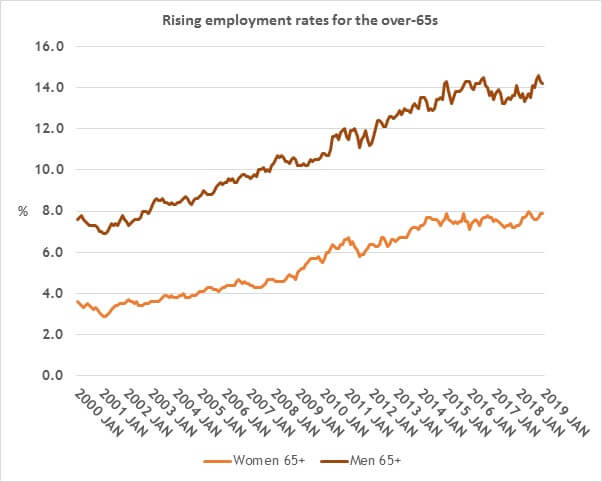 Labour market statistics for the period December 2018 to February 2019 revealed some impressive results. In the UK, employment of those aged 16–64 was running at 76.1%, the joint highest level ever and up 0.7% on a year ago.

Drill down into National Statistics numbers and some interesting facts emerge:

There are several reasons for the increase in employment beyond age 50:

Working for longer can be beneficial to health, although the case is by no means clear cut: continuing work-related stress could be life shortening. The key is to be able to choose when to stop work, rather than have the decision forced upon you. To get into that position, there is no substitute for adequate retirement planning – preferably well before the age 50, yet alone 65, is reached.

The value of your investment can go down as well as up and you may not get back the full amount you invested. Past performance is not a reliable indicator of future performance.

What are savers actually using pension pots for?

The new Pension Freedoms have afforded…

The Government has revived plans to…

Many employers don't know how to…