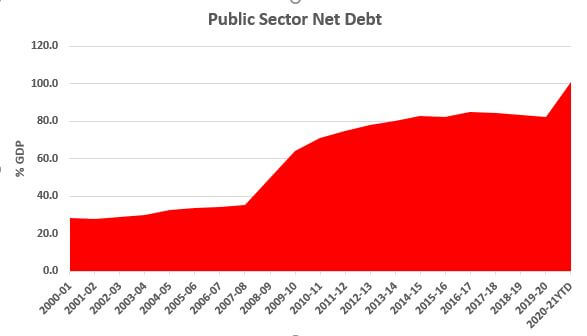 The Chancellor, Rishi Sunak, has spent so much time in the spotlight that it seems hard to believe he has not yet been in the job for five months. Today’s Financial Statement was just the latest of a series of announcements by Mr Sunak since he presented his Spring Budget on 11 March, four weeks after entering 11 Downing Street. One way or another, all the announcements have been responses to the financial impact of the Covid-19 pandemic.

His latest statement was perhaps the most difficult, given the circumstances in which it was set:

The challenge for the Chancellor in his Summer Statement was to start the transition from the emergency employment support that has so far been the focus of his strategy. He presented his statement as a ‘Plan for Jobs’, composed of three elements promoting jobs:

The Chancellor placed a price tag on his measures of up to £30 billion. He also promised that in the Autumn Budget and Spending Review he would deal “with the challenges facing our public finances”.

The Chancellor announced a range of initiatives under the ‘Supporting Jobs’ heading, including:

Job Retention Bonus
The Chancellor made it clear that he intends to end the CJRS in October as planned. To encourage employers to support those people who have been furloughed, a Job Retention Bonus will be introduced.

Kickstart Scheme
The Kickstart Scheme, which only covers Great Britain, aims to provide “hundreds of thousands of high quality six-month work placements” for those aged 16-24, who are on Universal Credit and are considered to be at risk of long-term unemployment.
Government funding for each job will cover 100% of the relevant National Minimum Wage for 25 hours a week plus the associated employer NICs and employer minimum automatic enrolment contributions (a maximum of about £6,500).

There is to be no cap on the cost of the scheme.

Traineeships
Employers who provide work experience for 16-24-year-olds in work placements and training will receive a payment of £1,000 per trainee. Provision of traineeships and eligibility for them will be extended to those with Level 3 qualifications and below, to ensure that more young people have access to training.

The scheme will run from 1 August 2020 to 31 January 2021. These payments will be made in addition to the existing £1,000 payment the Government already provides for new 16-18-year-old apprentices, and any of those aged under 25 with an Education, Health and Care Plan.

Other supporting jobs measures
Other initiatives under this heading include:

The Protecting Jobs element focuses on the hospitality and leisure sector, which saw over 80% of firms temporarily cease trading in April and has 1.4 million furloughed workers. It is a sector of the economy that employs over two million people, according to the Chancellor, disproportionately drawn from the young, women and people from Black, Asian and minority ethnic communities.

Eat Out to Help Out
The ‘Eat Out to Help Out’ scheme will be introduced to encourage people to return to eating out. Every diner will be entitled to a 50% discount of up to £10 a head on their meal, at any participating restaurant, café, pub or other eligible food service establishment.

The discount can be used without limit throughout the UK on any eat-in meal (including on non-alcoholic drinks). It will be valid Monday to Wednesday during the month of August, and participating establishments will be fully reimbursed for the 50% discount.

The job creation measures are primarily targeted on the housing and construction sector.

Receipts of Stamp Duty Land Tax (SDLT – covering England and Northern Ireland) have fallen precipitously in the past few months, as the graph above shows. The slowdown in transactions has been accompanied by a stalling in prices – the latest data from Nationwide showed house prices falling in June 2020 for the first time in almost eight years. A temporary cut in SDLT on residential properties was widely trailed and duly arrived.
From 8 July 2020 to 31 March 2021, there will be no SDLT on the first £500,000 slice of property value, creating a maximum saving of £15,000. However, the 3% additional rate will still apply to additional properties.

The resulting revised SDLT table for residential property is shown below.

The rates of Land and Buildings Transaction Tax (LBTT) in Scotland and Land Transaction Tax (LTT) in Wales are set by the devolved administrations in those countries. In the past, they have tended to follow changes to SDLT with their own variations. At the time of writing, the devolved Governments had not made any announcements.

Green Homes Grant
A £2 billion Green Homes Grant will be introduced, providing at least £2 for every £1 up to £5,000 per household to homeowners and landlords who spend on making their residential properties more energy efficient. For those on the lowest incomes, the scheme will fully fund energy efficiency measures of up to £10,000 per household.

Other creating jobs measures
Other initiatives under this heading include:

The Government has revived plans to…

We all have huge cause to…