State pensions and the National Living Wage both increased in April. 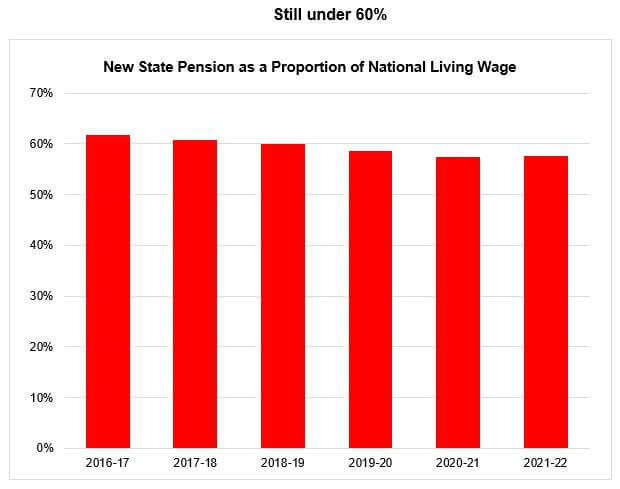 April is the month when state benefits are uprated – unless they are subject to a freeze. It is also the month when the National Living Wage (NLW) and National Minimum Wage (NMW) are increased. In 2021, many social security benefits rose by 0.5%, as that was the annual rate of CPI inflation in September, the benchmark month.

The maximum payment under the state additional pension element rose by 0.5%, to £181.31, which mostly benefits high-income earners. Those who qualify for the maximum state basic and additional pension under the pre-April 2016 regime are now receiving £318.91 a week. The design of the post-April 2016 state pension system was skewed towards low-income earners and, without the additional element, is less costly for the Treasury.

If you do not think you could live on the NMW, you should make sure your private pension provision is adequate.

The value of your investment and the income from it can go down as well as up and you may not get back the full amount you invested.

The latest statistics from HMRC show…

The cricket season may only now…

With the second lockdown now in…